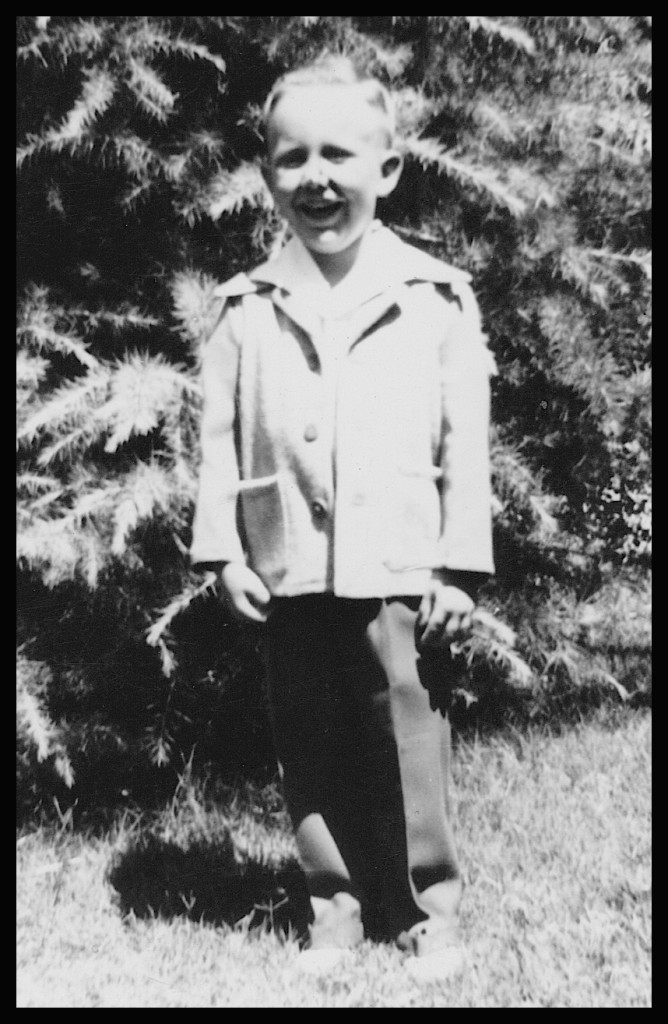 One day when I was five years old, I was standing on the top rail of the six foot redwood fence that separated our property from Doc Steiger’s horse corral. I was offering the gentle old Palomino horse that was penned there some carrots, or sugar cubes, or whatever my mother had given me to take to him.  From the north side of the property I noticed an older boy mount the fence and walk along the rail toward me.  As he got closer, he said:

“I’m trying to feed this horse,” I replied.

“No, he’s a nice horse…I give him carrots all the time.”

“Do you live here?” the boy asked.

“Do you want to know what it means?”

“Well one thing it means is when a woman sticks needles in your pecker.”

“Why would they do that?”

“’Cause they’re whores and they live in a whore house and you go there and give them money and that’s one of the things they do.”

“Well, they do other things too…like they put your pecker on a table and they hit it with a hammer.”

“That must hurt,” I reasoned.  “how do they get anyone to go there?”

“Other men trick you into going there and that’s what happens when you get there.”

“Nobody’s ever going to be able to trick me into going,” I said.  “It’s a good thing you told me about it, so they can’t trick me.”

“Aw, that’s OK,” said the boy.  “You’re only five.  I’m nine.  I know everything.  When I was five like you I didn’t know about any of that stuff either.  You’ll see; when you’re nine you’ll know everything like I do.

The boy heard his name being called from the adjacent property and made his way down the top rail of the fence, jumped down to the other side and disappeared from view.

I never saw that boy again but I filed the information he had given me in the back of my mind, always being on the alert for someone trying to trick me into a whorehouse.  As time passed, I patiently waited until I would be nine and know everything, like the boy had promised.  On my ninth birthday, I remember thinking:  “I don’t know much more than I did when I was five.  I’ll bet that boy just made all that stuff up.”  One interesting side note, though…I still have never been to a whorehouse!